Alcest is a French shoegazing band from Bagnols-sur-Cèze, France, founded and led by Neige (Stéphane Paut). It began in 2000 as a black metal solo project by Neige, soon a trio, but following the release of their first demo in 2001, band members Aegnor and Argoth left the band, leaving Neige as the sole member.

This marked a change in style, as Alcest's subsequent releases have more often been described as shoegazing mixing numerous rock and metal influences, including black metal and post-metal. In 2009 drummer Winterhalter from Les Discrets (and formerly Peste Noire) joined Alcest's studio line-up, after eight years with Neige as the sole full-time member. Since its creation, Alcest has released four studio albums. 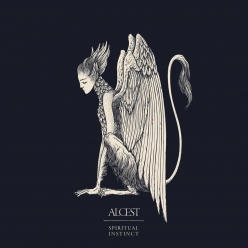