Alexandra Imelda Cecelia Ewen Burke (born 25 August 1988) is an English singer and songwriter. Burke was exposed to music from an early age, with her mother, Melissa Bell, being the lead singer of Soul II Soul. Burke rose to fame after winning the fifth series of British television series The X Factor in 2008, becoming the first of two winners to be mentored by Cheryl Cole and also, the second of two people in the girls category to win the series, the first being Leona Lewis in 2006.

Burke currently stands as one of the most successful winners of The X Factor. She was previously signed to three record labels: Epic Records, RCA Records and Syco Music, until she departed in June 2013 due to creative differences. Burke's net worth is $8,000,000, making her the second highest-earning X Factor winner, behind Leona Lewis.

After winning The X Factor, Burke released the winner's single "Hallelujah", which became the European record holder for single sales over a period of 24 hours, selling 105,000 in one day until it was overtaken by her X Factor mentor Cheryl Cole with her debut solo single "Fight for This Love". The song also became the top-selling single of 2008 in the UK and the UK's Christmas 2008 number one. By January 2009, the single had sold over 1 million copies in the UK alone, a first for a British female soloist. In 2009, Burke released her debut album, Overcome, which debuted at number one on the UK Albums Chart and spawned four number-one singles on the UK Singles Chart and the Irish Singles Chart—"Hallelujah", "Bad Boys", selling over 780,000 copies in the UK and becoming a Platinum selling single, "All Night Long" and "Start Without You"—and the album became one of the most successful albums of that year in the UK, the singles released from the album earned her three BRIT Award nominations. The album also saw the release of UK top 10 hit, "Broken Heels" and "The Silence". In late 2010, Burke released a deluxe version of Overcome. Overcome and the six singles released from the album have sold over four million record in the UK alone. "Elephant" was released as Burke's comeback single in February 2012, which became a hit single, with a peak position of number three in the UK. "Let It Go" served as the second single and Burke's second album, Heartbreak on Hold, was released in June 2012.

Burke is heavily involved with charities and is a known supporter for No Child Born to Die, Help for Heroes and The Royal British Legion and has been involved in two number-one charity singles on the UK and Irish Singles Charts, this includes "Hero" (2008) with her fellow X Factor Finalists and then again as part of a celebrity super group, Helping Haiti and released "Everybody Hurts" (2010), Burke thought that she was not doing enough for the Haitian people and travelled to Haiti to give them clothes and food. She has endorsed brands including, Sure Women, Nintendo DS and signed a major six-figure contract to endorse Dolce & Gabbana and in 2010, Burke also signed a contract with IMG Models as a Model. In early 2011, Burke began her solo tour, All Night Long Tour and she was also invited to perform on Beyoncé's I Am... Tour. Burke was the first and only X Factor contestant to have a judging role, when she became a guest judge on BBC's So You Think You Can Dance UK. She later became the first contestant of The X Factor to return to the show as a judge, when she joined the show as a guest judge during the live shows of the eighth series.

In June 2014, Burke replaced Beverley Knight in the lead role of Rachel Marron in the West End musical The Bodyguard, until its closure on August 29, 2014. On 17 October 2014 it was announced Alexandra will again star as Rachel Marron in The Bodyguard musical, in the UK nationwide tour starting 12 February 2015 in Southampton, through to 2016 concluding in Manchester 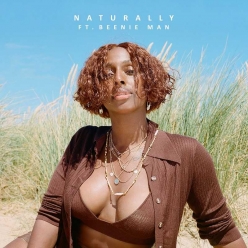 Alexandra Burke The Truth Is 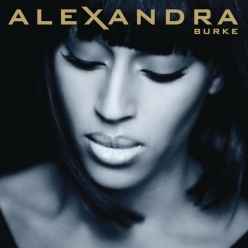