Alizée Jacotey (French pronunciation: ​; born 21 August 1984), known professionally as Alizée, is a French singer, dancer and voice actress. She was born and raised in Ajaccio, Corsica.

She was discovered by Mylène Farmer, following her winning performance in the talent show, Graines de Star, in 1999. While collaborating with Mylène Farmer and Laurent Boutonnat, she followed it with a series of albums that attained immense popularity by pushing the boundaries of lyrical content in mainstream popular music and imagery in her music videos, which became a fixture on NRJ, Europe 1, MTV, Virgin Radio, and many others. Throughout her career, many of her songs have been in top 25 hit lists on the record charts, including "Moi... Lolita", "L'Alizé", "J'en ai marre!", "Gourmandises", "Mademoiselle Juliette", her cover version of "La Isla Bonita", "Parler Tout Bas", "Les collines" and "À cause de l'automne".

According to the IFPI and SNEP, Alizée is one of the best-selling female French artists of the 21st century, and is also the singer with most exports out of France. Alizée entered the music business in 2000. She has since released six studio albums, the first two of which were composed by Laurent Boutonnat and written by Mylène Farmer. Her first album was Gourmandises, which received Platinum certification within three months of release. After its international launch in 2001, Gourmandises was a success both in France and abroad, earning Alizée the distinction of being the highest selling female French singer in 2001. The album featured her most successful single "Moi... Lolita" which reached number one in several countries in Europe and East Asia, in the UK the song was acclaimed by the New Musical Express who recognised it with a "Single of the Week" award. It became a rare example of a foreign-language song to chart highly in the UK, peaking at number 9.

Gourmandises was followed by a second studio album, Mes courants électriques, in 2003. Following its release, Alizée toured during the fall of 2003, performing in 43 concerts throughout France, Belgium and Switzerland.

Her fourth album titled Une enfant du siècle was released on 29 March 2010. In early 2011 she recorded a duet with Alain Chamfort for his new album Elle & lui.

Released in March 2013, Alizée's fifth studio album, 5 had a continuous promotion including the two first songs "À cause de l'automne" and "Je veux bien". Later she collaborated on Olly Murs's single "Dear Darlin'". Starting on 28 September, she participated in the TV show Danse avec les Stars (French version of Dancing with the Stars), which she won on 23 November 2013.

Following the success of Danse avec les Stars, Alizée had her sixth album released, just one year after the latest album, in collaboration with Pascal Obispo. The album received mixed reviews and was not successful in sales. 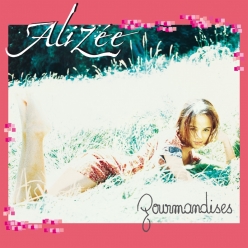 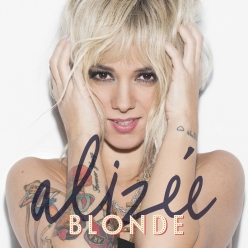