Andreea Bălan is a Romanian pop singer. She started in television in 1994, under the programm BaDa BaNu, followed two years later to launch their first album, Amețiți de fum. She became known as a member of the duo Andrè, where she worked between 1998 and 2001 and released seven albums. Influenced by fashion young platforms, known as "track" the stalks, mini skirt and breast highlight with push-up bras. The band received in 2002 four platinum and one gold for the 1.5 million copies of albums sold, the Romanian band with the highest sales.

After the breakup of the band Andrè, launches on June 23, 2002 debut solo album, Te joci cu mine. He has since released 5 more albums and 20 videos. In 2007 participates in the show Dancing where ranks 1. Along the same partner, Petrişor Rudge, participates in the international version of the show, which took place in Mexico, where he finished second. It is among the best-selling artists in Romania in terms of concerts in 2008 to currently being ranked in the top three and is recognized as having the most spectacular shows in Romania, successfully combining music and dance, showing true performances magazine portrayed in over 10 costume changes. He worked, among others, with Connect-R, Keo or Puya.

Andreea Balan Baby Be Mine 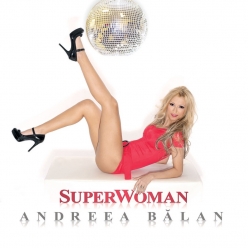