Aterciopelados (English: The Velvety Ones), also referred to as Los Aterciopelados on some albums and other promotional materials, are a rock band from Colombia. Led by Andrea Echeverri and Héctor Buitrago, they have been one of the first rock bands from Colombia to gain international notice and they are among the country's top groups. Their music fuses rock with a variety of Colombian and Latin American musical traditions. Time magazine wrote that "Aterciopelados's true skill lies in its ability to take north-of-the-border musical styles…and breathe new life into them, all while giving them a distinctly Colombian sheen."[1]

Additionally, Aterciopelados engages audiences all over the world with their socially conscious message. Honored by the United Nations for their work denouncing violence in Colombia, Aterciopelados speaks out about myriad issues including political injustice, women's rights, and environmental destruction. The group has also received numerous awards, such as the Latin Grammy Award for Best Alternative Album in 2007, for Oye (Nacional Records).[2] Their song Bolero Falaz topped a list of the 1000 most important songs of Colombian rock[3] and other songs of theirs such as Maligno, El Estuche, Mujer Gala and Sortilegio ranked high in the list by Canal Viva Colombia.

In October 2008, Aterciopelados released a new studio album, Rio, on Nacional Records. The album received rave reviews from publications like Rolling Stone,[4] the Washington Post,[5] Billboard,[6] and from NPR's All Things Considered.[7] As Vibe Magazine said, "For Aterciopelados, maturity has become a form of liberation."[8] The group toured United States in April 2009 to support Rio.[9]

Essentially a collaboration between vocalist/guitarist Andrea Echeverri and bassist/arranger Héctor Buitrago, Aterciopelados has recorded eight albums since they originally teamed up in Bogotá, Colombia in the early 1990s as "Delia y los Aminoácidos". "Héctor was an essential revelation in my personal and musical life", said Andrea. "He brought new aesthetics, unsuspected rebellion, and truckloads of music."[10] Buitrago came from a hardcore punk background, heading up a group called La Pestilencia, while Echeverri had been drawn into the fledgling scene through art school friends. "When I was young I listened to boogaloo by Richie Ray and later stuff like Led Zeppelin, Deep Purple, and Yes", said Héctor. "The first time I bought a bass guitar, I'd never had one in my hands before. I began to write songs by ear."[10] Héctor and Andrea went on to open one of Bogotá's only rock clubs, and their relationship is one of Latin rock's most successful artistic partnerships.

Music and albums This section reads like a review rather than an encyclopedic description of the subject. Please help improve this article to make it neutral in tone and meet Wikipedia's quality standards. (March 2008) 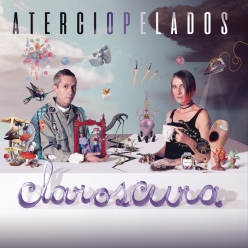