In alliance with Ohla, his manager, confidant and brother, they established a hip-hop movement known as ‘TanBoys’. ‘TanBoys’ is a collective of Hispanic MC’s that aims to unite, strengthen and empower the Latin community of hip-hop. Bodega Bamz, along with TanBoys, have a loyal and dedicated following.

Since then, Bodega Bamz has gone on several nationwide tours, performing with artists such as Danny Brown, Joey Bada$$ and Flatbush Zombies.

In 2015, Bodega Bamz showcased another one of his talents by making his acting debut in his own cult film The Streets Owe Me and Hell Train.

He released his highly anticipated album entitled Sidewalk Exec, a V. Don produced project that was well received due to its raw narratives.

Bodega Bamz grew up in a religious house hold, and was very involved in his church community. During those times, he participated in church plays/dramas, which allowed him to practice something he was passionate about, acting. Bodega Bamz and his brother Ohla, were involved in Harlem School of Arts, in which they both learned to play instruments, Bodega Bamz once said, " So music has always been a part of my life, whether it be from church, my mom playing Beethoven, or going to Harlem School and playing the piano. Every part of my life has been leading up to this part right now."

Bodega Bamz got introduced to hip-hop music, when he was about 11 years old, by the time he was in the 7th grade we would begin to rap. Though during that time Bodega Bamz, saw rap as a hobby, he began taking rap serious after the birth of his son. It was then in which he was aware of his progression as an artist and knew it was time to showcase his talent to the hip-hop community. In 2011, Bodega Bamz released his first project Loosies & Brewskies, which is now a rare piece of work. October of 2012, he then released Strictly 4 my P.A.P.I.Z, which earned him a spot in the hip-hop community. 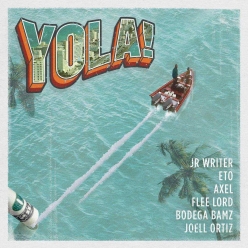 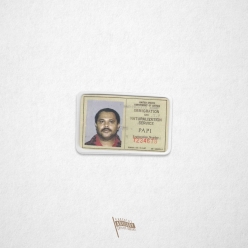 Bodega Bamz All Eyez Off Me