Cláudia Cristina Leite Inácio Pedreira (Brazilian Portuguese: ; born July 10, 1980) known as Claudia Leitte and popular nickname Claudinha, is a Brazilian singer, axé and pop recording artist, and former vocalist of the group Babado Novo, from 2001 to 2008. She is one of the most popular female singers in Brazil and Latin America, having sold over a million records during her solo career and being the recipient for many awards including a Latin Grammy Best Brazilian Contemporary Pop Album nomination for her first solo studio album As Máscaras. On January 2014, it was reported Leitte had been meeting with producers Shea Taylor, Timbaland, Rob Persaud and Mike Will Made It, having signed with Roc Nation management with plans of launching her career overseas. Along with Pitbull and Jennifer Lopez, she recorded "We Are One (Ole Ola)", which served as the official song of the 2014 FIFA World Cup. Aside from her musical career, since 2012 she also serves as coach and mentor on the Brazilian version of television show The Voice. 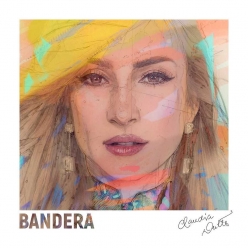 Claudia Leitte Shiver Down My Spine

Pitbull Ft. Jennifer Lopez & Claudia Leitte We Are On