Emmelie Charlotte-Victoria de Forest (born 28 February 1993) is a Danish singer-songwriter. She was born in Randers, Denmark, and raised in Mariager, Denmark, and in Stockholm, Sweden. Emmelie de Forest is of partial Swedish descent as her father is Swedish. She represented Denmark with the song "Only Teardrops" in the Eurovision Song Contest 2013 in Malmö, Sweden, winning the contest. Her debut album Only Teardrops was released on the Universal Music label on 6 May 2013. 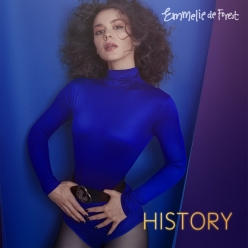