Guy Theodore Sebastian (born 26 October 1981) is an Australian singer-songwriter. He was the first winner of Australian Idol in 2003, and is a judge on Australia's The X Factor. He represented Australia at the 2015 Eurovision Song Contest, finishing in 5th place overall. Sebastian has released eight top ten albums including two number ones. The first seven all gained either platinum or multi-platinum certification. He has also achieved 12 top ten singles, including six number ones. Sebastian is the only Australian male artist in Australian chart history to achieve six number one singles, and places third overall for all Australian acts. Eight of his singles have been certified multi-platinum, including the 9× platinum "Battle Scars". His debut single "Angels Brought Me Here" was the highest selling song in Australia last decade. With 51 platinum and six gold certifications and combined album and single sales of over 3.7 million in Australia, he has the highest certifications and sales of any Australian Idol contestant.

Sebastian has reached the top ten in New Zealand with an album and six singles, including two number ones, and gained six platinum and three gold certifications there. Sebastian has worked with a number of notable American musicians including Brian McKnight, Robin Thicke, Steve Cropper, John Mayer, Jordin Sparks and Eve. "Battle Scars", a collaboration with American rapper Lupe Fiasco, spent 20 weeks on the US Billboard Hot 100 chart, peaking at number 71 and achieved platinum certification. "Battle Scars" also reached number two in Norway. In 2015 Sebastian's Eurovision song charted in the top 50 of several European countries.

During his career Sebastian has received 24 ARIA Award nominations,winning four including Best Pop Release and Best Live Act. Other awards include the APRA Urban Work of the Year, the Oz Artist of the Year, Urban Music Awards for Best Male Artist and Best R&B Album, and an International Songwriting Competition award for "Battle Scars". Sebastian has sung at many notable events, including performing for Pope Benedict XVI, Oprah Winfrey and Queen Elizabeth II. He has a strong commitment to charity, and is currently an ambassador for World Vision Australia and the Australian Red Cross.

Guy Sebastian Standing With You 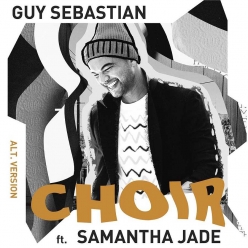 Guy Sebastian Before I Go

Guy Sebastian High On Me 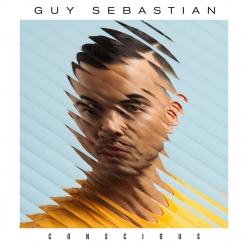 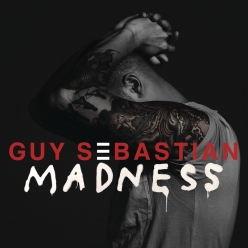 Guy Sebastian Closer To The Sun

Guy Sebastian Just As I Am