Hilary Erhard Duff (born September 28, 1987) is an American actress and singer. Duff began her acting career at a young age, and quickly became labeled a teen idol as the starring titular character in the television series Lizzie McGuire (2001–04). The series proved to be a hit, leading to a film adaptation of the series to be released. Duff began working on numerous projects with the Disney channel, including the film Cadet Kelly (2002). She later began work on an album, releasing the Christmas themed Santa Claus Lane (2002) through Walt Disney Records. Upon signing with Hollywood Records, Duff began working on her second studio album, Metamorphosis (2003). The album achieved critical and commercial success, topping the Billboard 200 and selling over three million copies in the United States alone. The album also found success in both Canada and Japan. Duff's success in both acting and music led to her becoming a household name, with merchandise such as dolls, clothing, and fragrances being released.

Duff began to expand her career into theatrical films, with leading roles in projects such as Agent Cody Banks (2003), Cheaper by the Dozen (2003), A Cinderella Story (2004), and Cheaper by the Dozen 2 (2005). She continued to have success in music, with her albums Hilary Duff (2004) and Most Wanted (2005) achieving Platinum status in the United States. Following the release of her fourth studio album, Dignity (2007), Duff released a greatest hits album and parted ways with Hollywood Records. During this time, she began appearing in independent films such as War, Inc. (2008), According to Greta (2009), and Bloodworth (2010). She later released the novel Elixir (2010), which became a New York Times best seller. The book was followed by the sequels Devoted (2011) and True (2013). She later was cast in the comedy-drama series Younger as Kelsey Peters. She returned to music in 2014, and signed with RCA Records for her fifth studio album Breathe In. Breathe Out., released in 2015. Duff has worked with numerous charities and organizations throughout her career.

Duff has received much media attention since the beginning of her career, most notably for her romantic relationships, friendships and her public image. Her romances with Aaron Carter and Joel Madden were often reported in the media. Following her departure from the Disney channel, Duff began to be seen as a sex symbol following a string of magazine covers and music videos that displayed a more mature side of Duff. She has been described by later Disney actresses as an inspiration, with artists such as Miley Cyrus and Selena Gomez claiming they looked up to Duff and her career. Duff has sold an estimated fifteen million records since her debut in 2002, according to Billboard magazine.

Hilary Duff All About You

Hilary Duff All About You 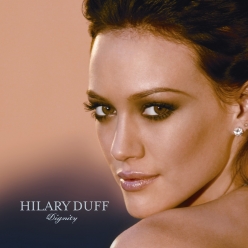 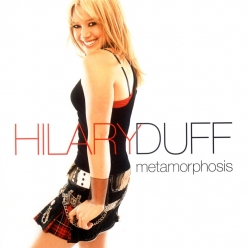 Hilary Duff Breathe In. Breathe Out.