In 2004, he released his solo debut album On My Way to Church. The release of his second album, Harlem: Diary of a Summer in 2005, coincided with Jones' landing an executive position in A&R at E1 Music. A year later he was on his third album Hustler's P.O.M.E. (Product of My Environment) (2006), which spawned his biggest single to date, "We Fly High". The song reached number five on the US Billboard Hot 100 chart and was certified platinum by the Recording Industry Association of America (RIAA). In 2006, Jones also formed the hip hop group ByrdGang and launched ByrdGang Records. The group released their debut album M.O.B.: The Album, under the newly found label in 2008. Jones followed up with his fourth solo album Pray IV Reign, which was released in March 2009, under Columbia Records. The album spawned the hit single "Pop Champagne". In April 2011 Jones released his fifth album, Capo, which was supported by the lead single, "Perfect Day".

Jim Jones Ft. Camron Mama I Made It 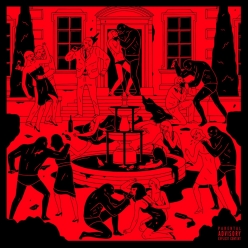 Jim Jones Bag On Me (A Boogie ReVamp)

Jim Jones On My Way To Church