The YouTube sensation Amy and Nick are known for their unique covers of popular songs such as Look at Me Now, Super Bass, and Party Rock Anthem. Following the success of their covers, they were signed in 2011 to Epic Records, which was relaunched under L.A. Reid. In May 2012, Karmin released their debut EP, Hello, which spawned the singles "Brokenhearted" and "Hello" and received mixed reviews. "Brokenhearted" reached the top 20 in the US Billboard Hot 100 charts, and the top 10 in New Zealand, Australia and the United Kingdom, while "Hello" reached number one on the Billboard Hot Dance Club Songs chart in the United States. In March 2014, the duo released their debut album, Pulses, to moderate commercial and critical reception. The album's lead single, "Acapella", charted in the top 10 in Australia and New Zealand, and achieved moderate success in the United States. The duo left Epic Records in the middle of 2014 and has since released music independently. Their second album Leo Rising is scheduled to be released somewhere in fall 2015.

Karmin All I Want for Christmas Is You

Karmin Come With Me (Pure Imagination)

Karmin I Got You

Karmin Dance With You (Aries)

Karmin Blame It On My Heart

Karmin Come With Me (Pure Imagination)

Karmin Along The Road

Karmin I Want it All 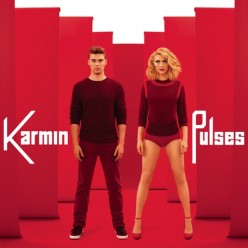