Curtis Stewart (born November 26, 1983), better known by his stage name Kidd Kidd (formerly known as Nutt Da Kidd), is an American rapper from New Orleans, Louisiana. He was one of the first members of Lil Wayne's label imprint, Young Money Entertainment, as a part of Southern hip hop group Squad Up. In 2004, disputes between members of the group would cause them to eventually disband. In 2011, Kidd Kidd signed a record deal with 50 Cent's label imprint G-Unit Records and subsequently in 2014, he joined the newly reformed East Coast hip hop group, G-Unit. In 2015, he was chosen as part of XXL Magazine's annual Freshman Class. 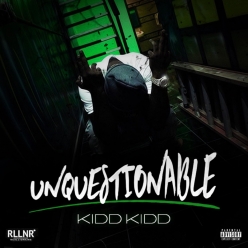 Kidd Kidd Count On My Hand

Kidd Kidd On Some Shiit