Krystal Ladawn Covel Sandubrae, known professionally as Krystal Keith, (born September 30, 1985) is an American country music singer. She is the second daughter of Toby[4] and Tricia Keith (née Lucus). She is the sister of Stelen Keith Covel,[5] the maternal half-sister of Shelley Covel Rowland (whom Toby Keith adopted upon his marriage to Tricia), and the wife of Andrew Robert Sandubrae (whom she married on October 23, 2010).[6][7]

Her first chart entry was in 2004, when she sang duet vocals with her father on a cover of Inez and Charlie Foxx's "Mockingbird" which appeared on his 2004 album Greatest Hits 2. She also sang the song with him at the 2004 Country Music Association awards.[8] After this song was released, Keith attended college at her father's insistence. She graduated University of Oklahoma.[9]

In mid-2013, she signed to Show Dog-Universal Music. She released a four-song extended play, which includes her debut single "Daddy Dance with Me". She wrote the song as a surprise to her father and performed it for the first time on the day of her wedding.[10][11] The song is included on her debut album Whiskey & Lace, produced by her father and Mark Wright.[12] The EP received a positive review from Daryl Addison of Great American Country, who called her a "confident young singer with a strong voice".[9] The second single from Whiskey & Lace, "Get Your Redneck On", was released to country radio on September 30, 2013.

Keith is married to Andrew Sandubrae. The couple has one child, born in October 2015.[13] 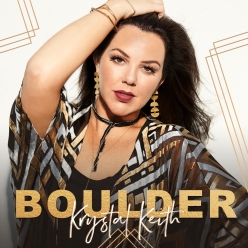