Loga Ramin Torkian (Persian: لوگا) رامین ترکیان)‎) is a musician and the co-founder of the groups Axiom of Choice and Niyaz. Both groups incorporate Persian and Middle Eastern themes into their music. Torkian composes music and plays several instruments, including the Azerbaijani tar, the Turkish saz, and the guitarviol, an electric guitar-like instrument that uses a bow and is adapted from a 14th-century instrument. Several of the lyrics in his songs draw on or include traditional Middle-Eastern prayers, songs or chants. His music has also appeared in several films, such as The Chosen One (1995), America So Beautiful (2001), Plastic Flowers Never Die (2008), and Crossing Over (2009). 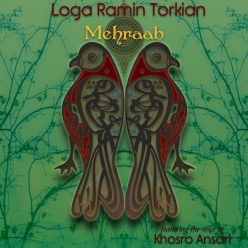