Jermaine Coleman better known by his stage name Maino aka KOB King of Brooklyn is an American hip hop recording artist from Brooklyn, New York City, New York. He is perhaps best known for his debut single "Hi Hater," as well as its follow-up "All the Above," which features American singer T-Pain and was certified Platinum by the Recording Industry Association of America (RIAA). To date Maino has collectively sold just under 4 mIllion digital singles globally.

Maino The Ghost Of Kalief Browder

Maino The P Is Free

Maino Ft. Uncle Murda We Got The Streets

Maino Seex With Me (Remix)

Maino Ft. Lil Kim Did It For Brooklyn

Maino Ft. T.I. & French Montana Watch Me Do It

Maino Ft. Meek Mill & Yo Gotti All These Hoes

Maino The P Is Free

Maino Through My Rearview 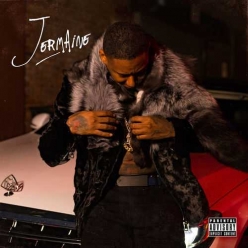 Maino Some Women Are Realer Than Men

Maino The Day After Tomorrow