Markus Schulz (English pronunciation: /ˈmɑrkʉs ˈʃʊlts/; German: ; born 3 February 1975), is a German-American DJ and music producer. He lives in Miami, Florida. He is best known for his weekly radio show titled Global DJ Broadcast that airs on Digitally Imported radio, After Hours FM and other online stations. He is also the founder of the label Coldharbour Recordings and Schulz Music Group (SMG), an artist management company which manages rising stars in the industry such as KhoMha, Mr. Pit, Grube & Hovsepian and Adina Butar. After several spontaneous back to back performances in early 2013, Markus Schulz and Ferry Corsten announced they would be producing and touring together as the new EDM group New World Punx. Their debut arena show was held at Madison Square Garden, with global tour dates ongoing in the future. 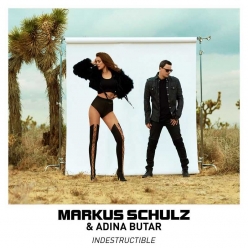 Markus Schulz Ft. Nikki Flores We Are The Light

Markus Schulz Running Up That Hil

Markus Schulz In The Night

Markus Schulz Ft. Ethan Thompson Love Me Like You Never Did

Markus Schulz We Are The Light

Markus Schulz Do You Dream

Markus Schulz Without You Near