Tom Stræte Lagergren (born 29 May, 1991), commonly known by his stage name Matoma, is a Norwegian DJ and record producer from Flisa. He is best known for his club remix of the track "Old Thing Back" by The Notorious B.I.G. The remix charted in Norway peaking at number two on VG-lista, the official Norwegian singles chart. It also charted highly in Sweden, Finland, Denmark and New Zealand. 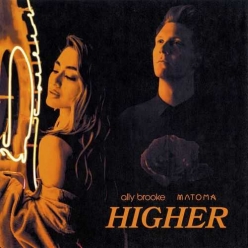 Matoma Ft. Bryn Christopher All Around The World

Nikki Vianna & Matoma When You Leave

Matoma & Enrique Iglesias Ft. Konshens I Don't Dance (Without You)

The Vamps Ft. Matoma All Night

Matoma & The Vamps Staying Up

The Vamps & Matoma All Night

Matoma One In A Million