Malik Cox (June 23, 1978), best known as Memphis Bleek or "Bleek", is an American rapper mainly known for his tenure with Roc-a-Fella Records and CEO of his own label Get Low Records. He has released four albums during his career (all of which went Gold), and had planned to release The Process in 2011, although the album has not yet been released. 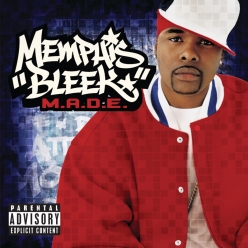