Mathangi "Maya" Arulpragasam (born 18 July 1975), better known by her stage name M.I.A., is an English recording artist of Sri Lankan Tamil heritage. She is also a songwriter, painter and director. "M.I.A." is a play on her own name and a reference to the acronym of Missing in Action. Her compositions combine elements of electronic, dance, alternative, hip hop and world music. Arulpragasam began her career in 2000 as a visual artist, filmmaker and designer in west London before beginning her recording career in 2002. Since rising to prominence in early 2004 for her singles "Sunshowers" and "Galang", charting in the UK and Canada and reaching number 11 on the Billboard Hot Dance Singles Sales in the US, she has been nominated for an Academy Award, two Grammy Awards and the Mercury Prize.

She released her début album Arular in 2005 and second album Kala in 2007 both to universal critical acclaim. Arular charted in Norway, Belgium, Sweden, Japan and the US, where it reached number 16 on the Billboard Independent Albums chart and number three on the Dance/Electronic Albums chart. Kala was certified silver in the United Kingdom and gold in Canada and the United States, where it topped the Dance/Electronic Albums chart. It also charted in several countries across Europe, in Japan and Australia. The album's first single "Boyz" reached the Top 10 in Canada and on the Billboard Hot Dance Singles Sales in 2007, becoming her first Top 10 charting single. The single "Paper Planes" peaked in the Top 20 worldwide and reached number four on the Billboard Hot 100. "Paper Planes" was certified gold in New Zealand and three times platinum in Canada and the US where, as of November 2011, it is ranked the seventh best-selling song by a British artist in the digital era. It has become XL Recordings' second best-selling single to date. M.I.A.'s third album Maya was released in 2010 soon after the controversial song-film short "Born Free". This became her highest-charting album in the UK and the US, reaching number nine on the Billboard 200, topping the Dance/Electronic Albums chart and debuting in the Top 10 in Finland, Norway, Greece and Canada. The single "XXXO" reached the Top 40 in Belgium, Spain and the UK. M.I.A. has embarked on five global headlining tours and is the founder of her own multimedia label, N.E.E.T.. Her fourth studio album, Matangi, was released in 2013.

Arulpragasam's early compositions relied heavily on the Roland MC-505 sequencer/drum machine. Her later work marked an evolution in her sound with rare instruments, electronics and unusual sound samples. Critics have acclaimed a distinctive style to her music. Lyrically incorporating a range of political, social, philosophical and cultural references that have defied existing pop music conventions, Arulpragasam was one of the first acts to come to public attention through the internet. She posted many of her songs and videos from 2002 onwards on platforms such as MySpace.

In 2001, she received an "Alternative" Turner Prize nomination for her visual art. In 2005 and 2008, M.I.A. was artist of the year by Spin and URB and Arulpragasam is named as one of the defining artists of the 2000s decade by Rolling Stone in its "Best of the Decade" list in December 2009. Time magazine named her one of the world's 100 most influential people in 2009. Esquire magazine ranked M.I.A. on its list of the 75 most influential people of the 21st century in January 2010.

M.I.A. Poc That Still A Ryda

M.I.A. Come Walk With Me

M.I.A. Poc That Still A Ryda 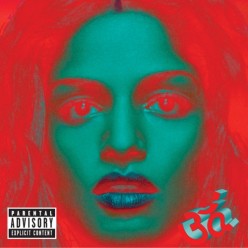