Monica Denise Brown, simply known as Monica (née Arnold; born October 24, 1980), is an American singer, producer, and actress. Born and raised in College Park, Georgia, she began performing as a child and became part of a traveling gospel choir at the age of ten. Guided and developed by record producers Dallas Austin and Tim & Bob, Monica signed with Arista at age thirteen and released her debut album Miss Thang in 1995. It sold 1.5 million in the US, while its first two singles "Don't Take It Personal" and "Before You Walk out of My Life" made her the youngest recording act to ever have two consecutive chart-topping hits on the Billboard Top R&B Singles chart. The album also included her fourth Top 10 hit from the album titled, "Why I Love You So Much".

In 1998, Monica's second album The Boy Is Mine earned her major international chart success. Pushed by its Grammy Award-winning number-one hit title track, a duet with singer Brandy, it spawned two further Billboard Hot 100 chart-toppers, "The First Night" and "Angel of Mine", and established her position as one of the most successful of the urban R&B female vocalists to emerge in the mid to late-1990s. The album also featured the Top 10 platinum selling hit "For You I Will", which originated from the film Space Jam starring Michael Jordan and it's soundtrack.

Monica also ventured into acting, with a supporting role in Boys and Girls (2000), and starring roles in television film Love Song (2000). During the production of her third album, All Eyez on Me (2002), Monica experienced personal struggles and her career went under hiatus. In 2003, her fourth album, After the Storm, was released, and after an unsuccessful period, she scored her fifth number one single on the US R&B/Hip Hop, "So Gone". The album also included her Top 20 Billboard Hot 100 hit "U Should've Known Better". Her sixth album, Still Standing, which recording was tracked by her BET reality show Monica: Still Standing, was released in 2010 and produced the hit single "Everything to Me", which became her sixth number one hit on the US R&B/Hip Hop.

Monica has sold more than 25 million albums worldwide, including over 10 million units in the United States alone. With a career lasting over 15 years, she became the first artist to top the US Billboard Hot R&B/Hip-Hop Songs chart in the 1990s, 2000s, and 2010s. In 2010, Billboard listed Monica at number 24 on its list of the Top 50 R&B and Hip Hop Artists of the past 25 years. 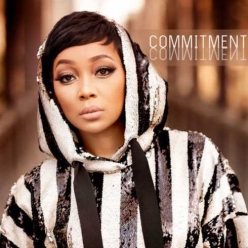 DJ Sense Ft. Monica , Young Jeezy & Yo Gotti Do Me Like That

Monica The Makings of Me

Monica The Boy Is Mine

Monica After The Storm

Monica All Eyez On Me