My Heart to Fear are an American Christian metal band, and they primarily play metalcore. They come from Williamsport, Pennsylvania. The band started making music in 2008, with members, lead vocalist, Trevor Pool, lead guitarist and vocalist, Dale Upright, rhythm guitarist, Jay Graham, bass guitarist and vocalist, Taylor Pool, and drummer and vocalist, Luke Brady. The band released one independently made album, Invictus, in 2009, along with two independent extended plays, A Ship Built to Sink, in 2010, and My Heart to Fear, in 2011. They signed with Solid State Records, where they released, Lost Between Brilliance and Insanity, an extended play, in 2012. Their first album, Algorithm, released by the label in 2013. 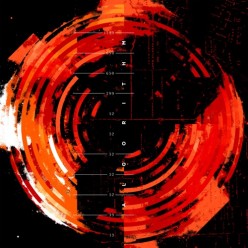 My Heart to Fear Algorithm