Omari Ishmael Grandberry (born November 12, 1984), known as Omarion, is an American R&B singer, songwriter, dancer and actor. He is best known as being the lead singer of R&B group B2K. Managed by Christopher B. Stokes, the group achieved success with hits like "Bump, Bump, Bump". After the group's disbandment, Omarion released his debut solo album O. The album debuted at #1 on the Billboard 200 spawning two hits, "O" and "Touch". Omarion received a Grammy nomination for the album at the 48th Grammy Awards for Best Contemporary R&B Album. His second solo album, 21 (2006), which contained hits "Entourage" and "Ice Box". Omarion also ventured into acting, with appearances in films, You Got Served, Fat Albert, Somebody Help Me, The Proud Family Movie and Feel the Noise. His third album Ollusion was released January 12, 2010 with the lead single "I Get It In". He is now a new artist of Rick Ross' Maybach Music Group label and is also a managed artist of Jay-Z's Roc Nation label.

Omarion Ft. T-Pain Can You Hear Me

Omarion BDY On Me (CDQ)

Omarion BDY On Me

Omarion BDY On Me 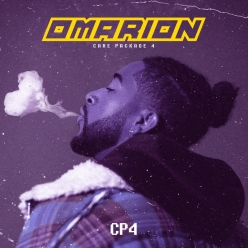