Ryan Daniel Montgomery (born July 5, 1977), better known by his stage name Royce da 5'9", is an American rapper from Detroit, Michigan. He is best known for his longtime association with Eminem as well as his solo career, recording primarily with Carlos "6 July" Broady and DJ Premier, as well as ghostwriting for the likes of Diddy and Dr. Dre. Royce is one half of the rap duo Bad Meets Evil with Eminem, 1/4 of the hip hop group Slaughterhouse, and 1/2 of the hip hop group PRhyme. The editors of About.com ranked him No. 30 on their list of the Top 50 MCs of Our Time (1987–2007).

He moved to Oak Park, Michigan when he was 10 years old, later acquiring the nickname "Royce" during high school after wearing a Turkish link chain with an R pendant resembling the Rolls Royce symbol. He started rapping at age 18, influenced mainly by Ras Kass, Redman, Tupac Shakur, The Notorious B.I.G. and N.W.A. He signed his first deal in 1998 with Tommy Boy Records. After the label shut down, he signed a deal with Columbia where he started recording an album called Rock City, referring to Detroit's former status as home to Motown Records. When the project was heavily bootlegged, Royce left the label for Koch to re-record some of the album, eventually releasing it in 2002 as Rock City (Version 2.0). While the album did not sell very well, the DJ Premier-produced single "Boom" gained Royce some underground recognition and eventually resulted in the two working together more closely. 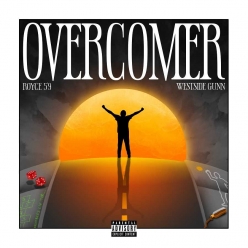 Royce da 59 I Got The Keys (Freestyle)

Royce da 59 Which Is Cool

Royce da 59 Which Is Cool