Serj Tankian (Armenian: Սերժ Թանկեան, pronounced ; born August 21, 1967) is a Lebanese-born Armenian singer-songwriter, composer, multi-instrumentalist, record producer, poet, and political activist. He is best known as the lead vocalist, songwriter, keyboardist and occasional live rhythm guitarist of the metal band System of a Down, formed in 1994 by four Armenian-American friends.

During his musical career, Tankian has released five albums with System of a Down, one with Arto Tunçboyacıyan (Serart), as well as five solo albums Elect the Dead, Imperfect Harmonies, Harakiri, Orca, and Jazz-Iz-Christ. A live orchestral version of Elect the Dead incorporating the Auckland Philharmonia Orchestra named Elect the Dead Symphony was released. In 2002, Tankian and Rage Against the Machine/Audioslave guitarist Tom Morello co-founded a non-profit political activist organization, Axis of Justice. Tankian also founded the music label Serjical Strike Records, and is represented by Velvet Hammer Music and Management Group under System of a Down. On August 12, 2011, Tankian was awarded the Armenian Prime Minister's Medal for his contributions to the recognition of the Armenian Genocide and the advancement of music. 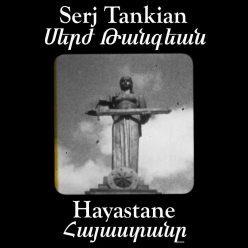