Tamar Estine Braxton-Herbert (/ˈteɪˌmɑr/; born March 17, 1977), commonly known by her maiden name Tamar Braxton, is a Grammy-nominated American singer, talk show host, and reality television personality. She is the youngest sister of R&B singing icon Toni Braxton. Braxton had her first big break in music in 1992 as a founding member of the R&B group The Braxtons, formed with her sisters. After losing two members, The Braxtons released their only album, So Many Ways, as a trio in 1996 along with four singles: "So Many Ways", "Only Love", "The Boss", and "Slow Flow".

In 2000, Braxton began her solo career, after signing with DreamWorks Records and releasing her self-titled debut album. The album was unsuccessful, charting at number 127 on the Billboard 200. It spawned two singles, "Get None" and "If You Don't Wanna Love Me". The label, unsatisfied with the album's performance, dropped Braxton from the label.

In 2011, Braxton reunited with her sisters for the WE tv reality show Braxton Family Values. The first season was the #1 rated reality show on WE tv, and the network ordered a 13-episode second season of the show after the third episode.

Braxton has worked on a number of different solo projects throughout the years, signing with labels such as Casablanca Records and Universal Records, hoping to release an album but suffering delays and cancellations. Braxton returned to the music industry after a thirteen-year break, with her second album, Love and War (2013). The album was released through Epic Records and was preceded by the singles, "Love and War", "The One", and "All The Way Home". The album was considered to be a comeback for Braxton, due to its success.

She is currently one of the hosts of The Real talk show along with Jeannie Mai, Tamera Mowry, Adrienne Bailon, and Loni Love, which premiered on July 15, 2013 on seven Fox-owned stations across the US. Braxton released a single titled "Let Me Know" in October 7, 2014. On May 27, 2015 she released another single titled " If I Don't Have You" and announced her upcoming album's title,Calling All Lovers and release date, September 11, 2015.

Tamar Braxton Pick Me Up

Tamar Braxton She Can Have You

Tamar Braxton The Makings Of You

Tamar Braxton All The Way Home 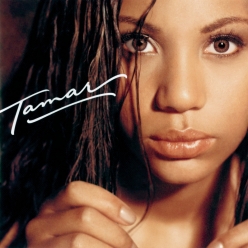