The Lonely Island is an American comedy trio, formed by Akiva Schaffer, Andy Samberg and Jorma Taccone at Berkeley, California in 2001. The trio first met the previous decade while attending high school. After graduating from college, they regrouped and moved to Los Angeles, California, where they struggled to find work and began making short films, combining absurdist comedy and occasionally music. Among the first performers to post their material on the Internet, they involved themselves with Channel 101, a non-profit monthly short film festival. Their popularity at the screenings led to unsuccessful pilot deals with Fox and Comedy Central, but also a writing job for the 2005 MTV Movie Awards. The show's host, Jimmy Fallon, recommended them to Lorne Michaels, the creator of Saturday Night Live.

The group were hired for Saturday Night Live in 2005, with all three as writers and Samberg as a featured player. Bypassing the traditional process of pitching, they recorded their own material independently and submitted it to the program. Their second sketch to air, "Lazy Sunday", became an online sensation, the first of many viral videos they produced while at SNL. They led their own division at the program — SNL Digital Shorts — which led to numerous viral videos, including "Dick in a Box", "Jizz in My Pants", "I'm on a Boat", "Like a Boss", "I Just Had Sex", "Jack Sparrow", and "YOLO". Their musical comedic work has comprised three full studio albums: Incredibad (2009), Turtleneck & Chain (2011), and The Wack Album (2013). The three retired from SNL in the early 2010s, but occasionally make guest appearances.

The troupe has also directed a feature-length film Hot Rod, which was released in 2007. They are currently filming Conner4real, co-produced by Judd Apatow.

The Lonely Island Uniform On

The Lonely Island The Wack Album 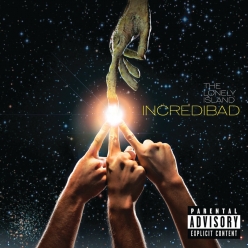