After self-releasing the EPs All Shapes and Disguises and Consider This in 2010, Tonight Alive left Takedown Records and signed to both Fearless Records and Sony Music Entertainment Australia in 2011 and released their debut album What Are You So Scared Of? on 14 October 2011. The record was officially released in the UK and US on October 2012, a year after its initial release in Australia. Their second and most recent studio album, The Other Side, was recorded in Australia and released 6 September 2013. It debuted on the ARIA Albums Chart at No. 5. The band contributed the song "The Edge" to the The Amazing Spider-Man 2 Soundtrack. They are working on a third album for release in 2015.

Tonight Alive have been listed as one of the top 10 Australian bands in 2010 on American rock radio station KROQ. They consistently tour year-long.

Tonight Alive In My Dreams

Tonight Alive How Does it Feel

Tonight Alive The Edge (From the The Amazing Spider-Man 2) 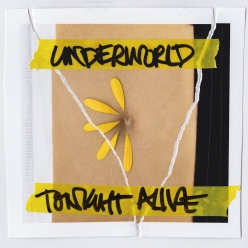 Tonight Alive The Other Side

Tonight Alive What Are You So Scared Of